I’m trying out a new experiment to encourage myself to keep writing and post more and care less about things not coming out “perfectly”. From now on, I’m publishing all my drafts in whatever stage of unkemptness I find them in. If I find myself stuck long enough on a draft to the point that it’s hindering me from writing about another idea I’m excited about, I’ll post it. Then I’ll revisit it in the future when I want to add more, and once it truly is finished, remove the (unfinished) label.

That simple. Let’s see if it helps!

The most powerful thing in the world is the urge to scratch an itch.

That was the moral my mind Aesop-ed up this morning after I’d given in to the pull of the irate, scratchy bumps on my legs, attacking them with all the vigor of every animal from three pages of angry animal YouTube compilations (yes, many exist).

I didn’t care if I wouldn’t get to wear dresses or shorts for the next few days. I didn’t even care if I had to wear a dress later today and give everyone a live viewing of Yayoi Kusama’s Red Dots – Red Dots”) painting (I counted more than 50 bumps). The itches had to be dealt with. And once they were dealt with, the relief was delicious.

My weekly journal has reached the end of its first week and I’ve been making an effort to make it look relatively pretty, or at least give it more character than a few lines of text. I haven’t done a weekly planner in years but I felt like attempting it again this time around. Initial impressions: I’m going back to a freeform journal next year. There’s so much I’d like to put that just can’t fit into these tiny spaces, so I’m confined to putting the most important agenda and leaving the long narratives to my OneNote journal. Which… I guess is as it should be? 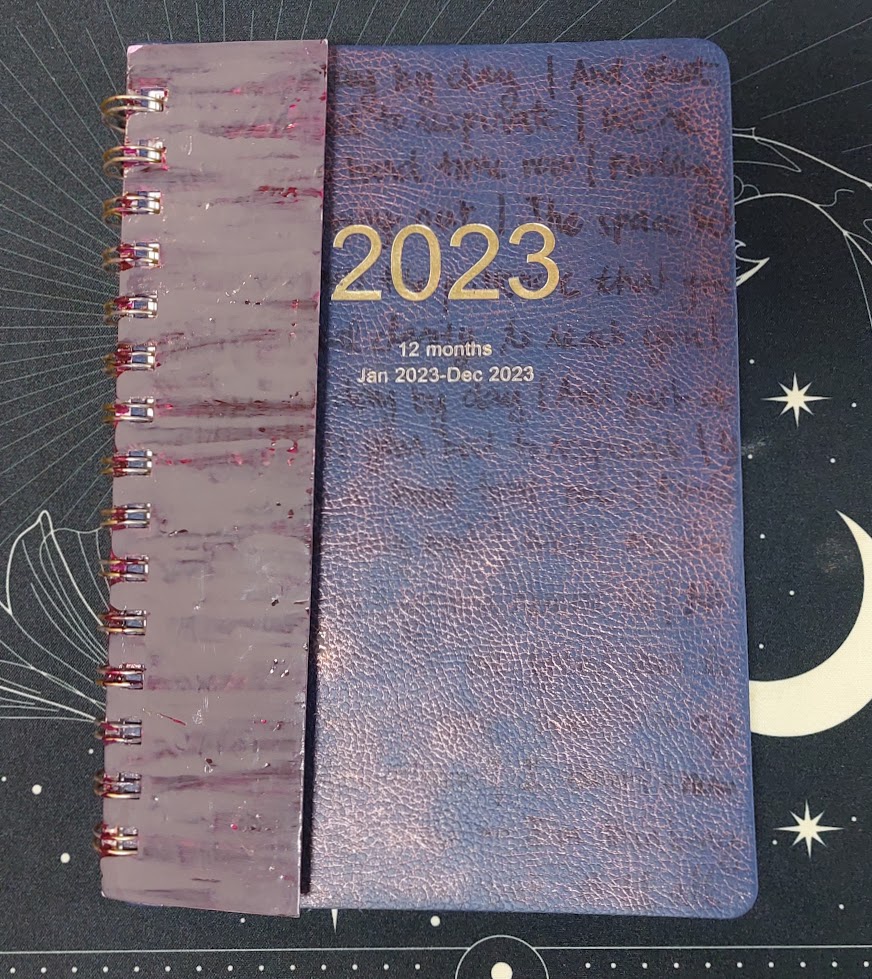 I’m very into using things to the very last bits of them, and for years now I’ve been using old makeup and nail polish to spruce up my notebooks. The cover of my notebook now features old nail polish and old glittery burnt orange-ish lipstick. 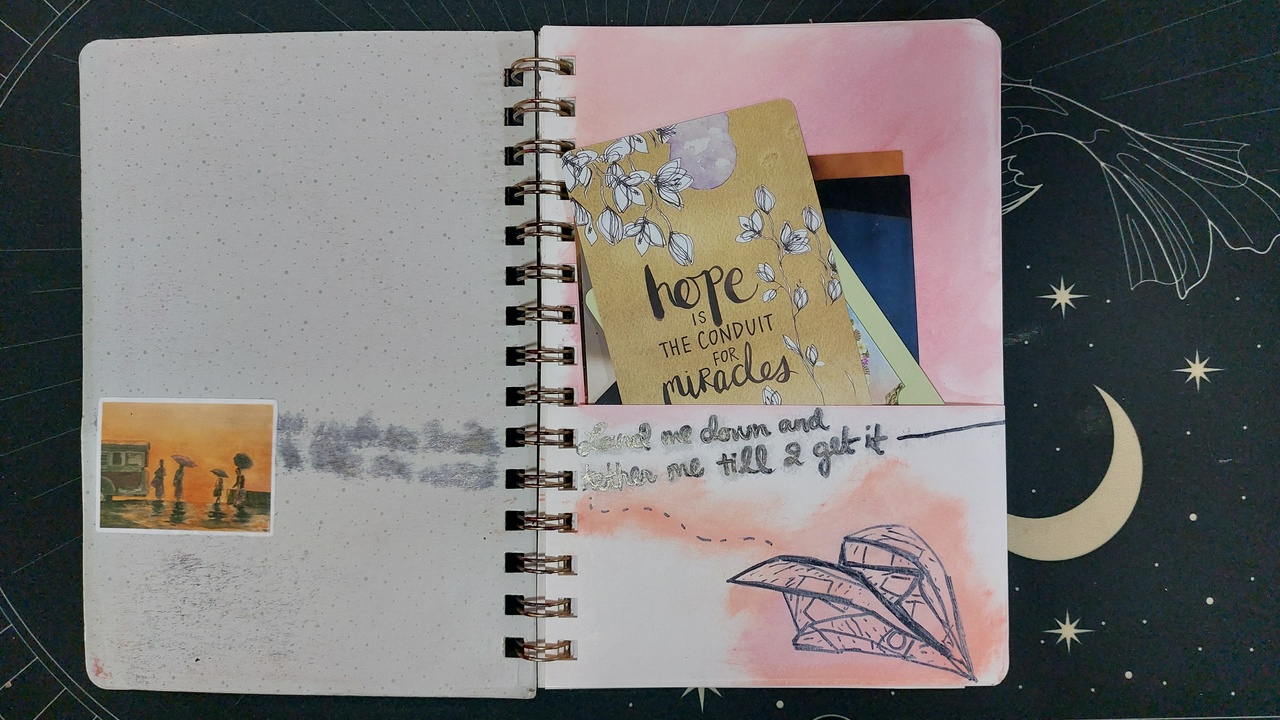 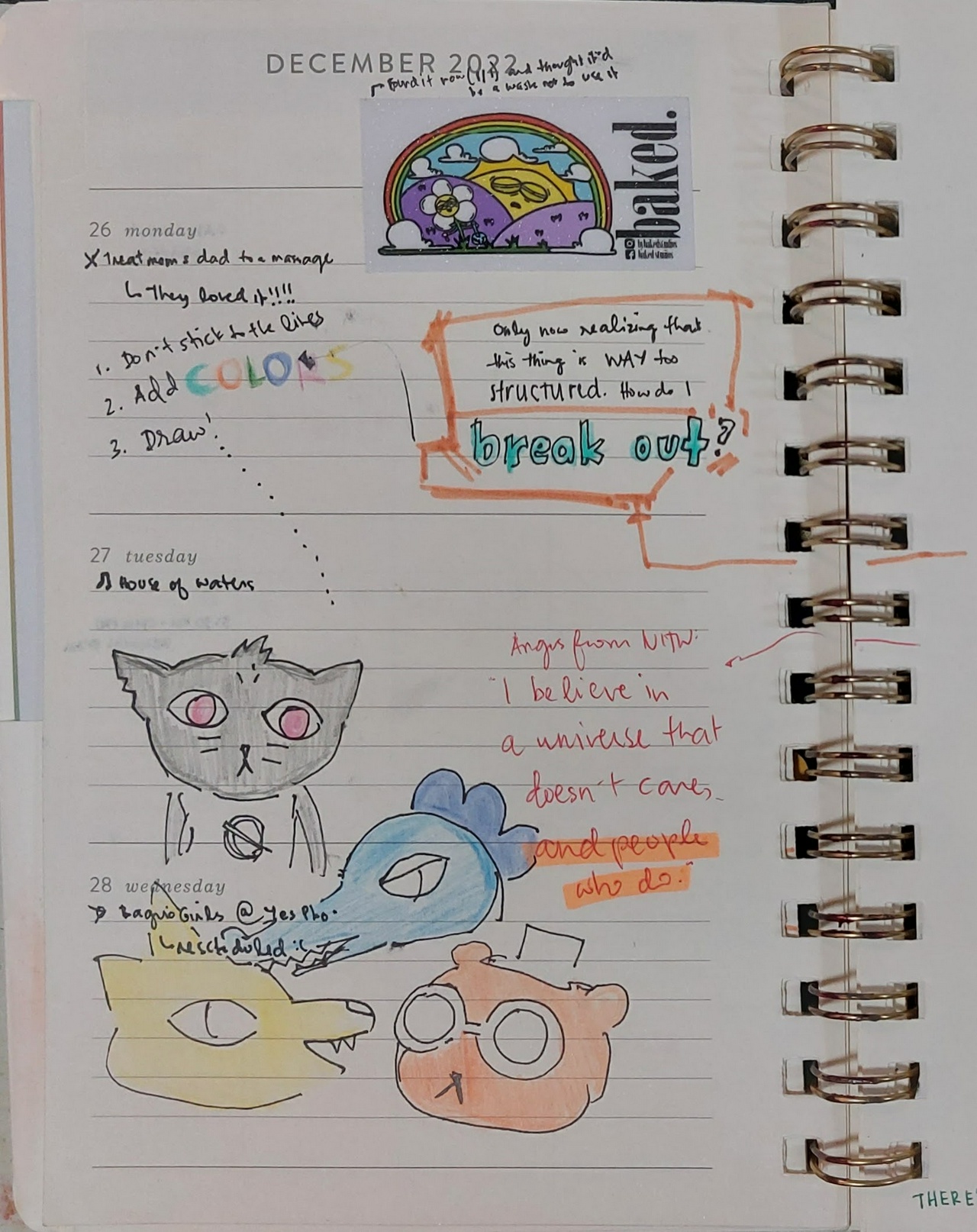 Mial, my 7-year-old, likes drawing. I took snips from her old drawings and pasted them in the notebook. Her style has “evolved” now (her word, not mine). It’s much more angsty now and she prefers drawing dark-ish horror-y things these days. 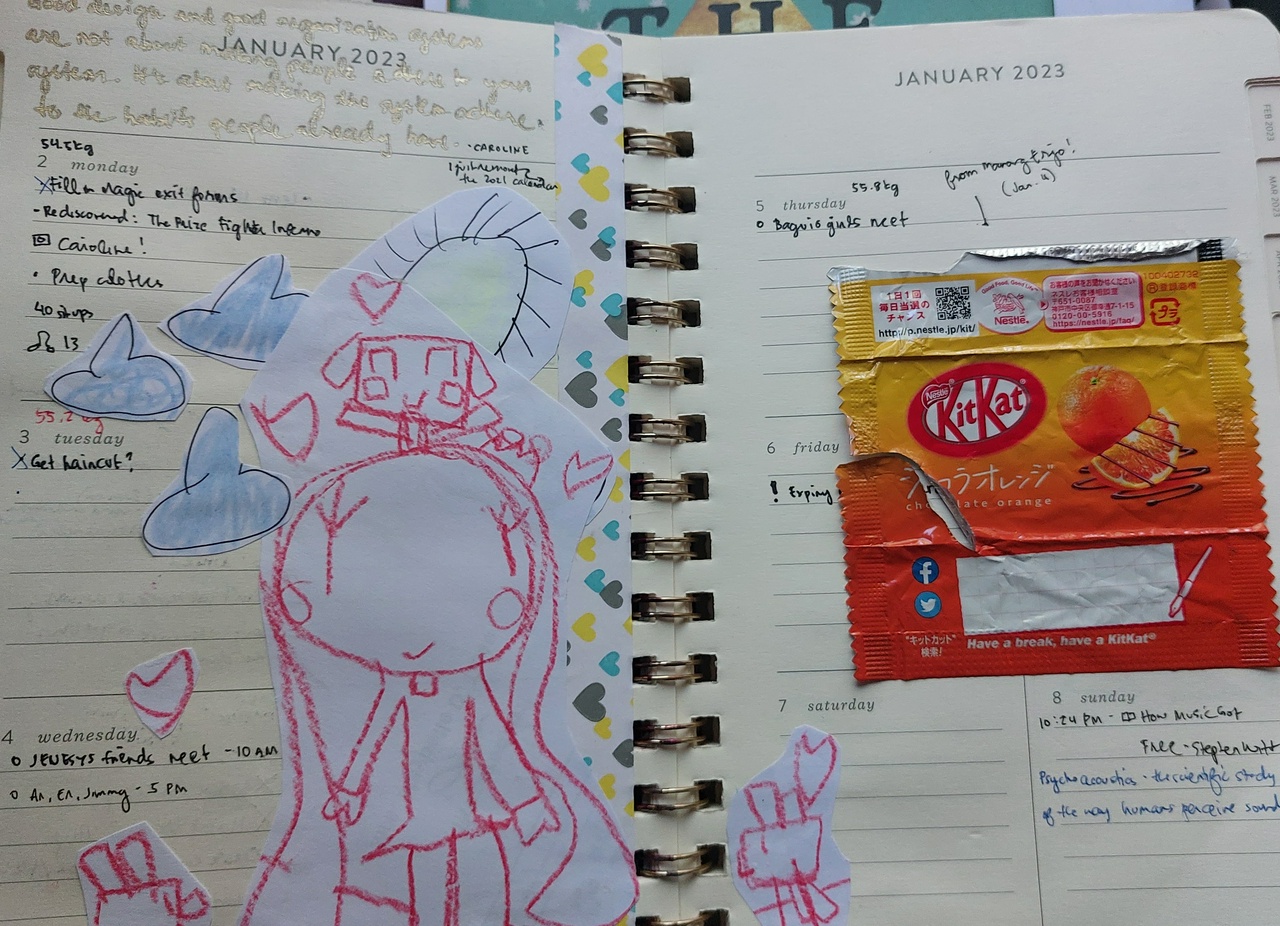 The KitKat was part of a gift from a dear friend and mentor who I last saw before the pandemic. I love memories. Like Watsky, they’re my first most prized possession.

It’s why I keep all these journals. Probably why I’m a (gradually) recovering hoarder as well.

Yes, I’m still hung up on 2022. Since it's January and we'll all still be accidentally writing 2022 for the next few weeks before we get the new year in our systems, I'll spend a bit more time looking back at last year and reflecting. Here's part one of my something things from last year.

…are the only thing I’m good at. I wrote something similar a few years ago, on another of my many blogs — or attempts at blogging — bemoaning my lack of discipline and failure to see an end to things I started. The post ended with a list of things I started but never finished and the very edgy, “I'm a type B person masquerading as a type A.” And then a promise to update the list of things. Which of course I never ended up doing.